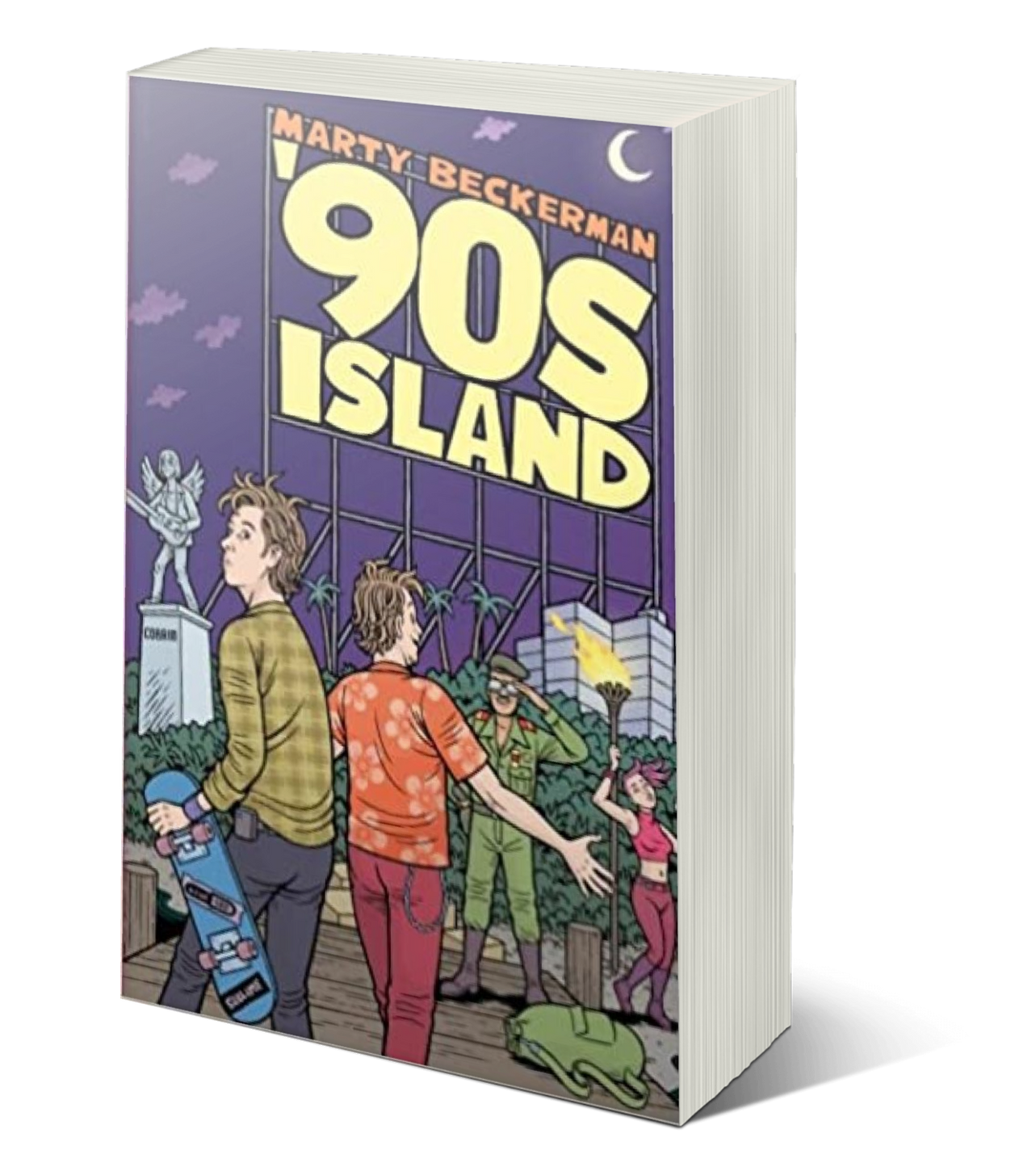 On the eve of their 30th birthday, twin brothers Jake and Zack Hind—bankrupt from the recession and obsessed with the lost golden era of the 1990s—drunkenly create a Kickstarter crowdfunding page for ’90s ISLAND, a tropical commune dedicated to recreating that beloved, carefree decade. When they wake up, Generation Y has collectively pledged millions of dollars.

Marty Beckerman is the author of #1 Amazon.com bestselling parody The Heming Way (St. Martin's Press), which USA Today called "laugh-out-loud," and most recently the 2018 novella Killennials. Business Insider calls him "the most famous author" from Alaska. A former editor at Esquire and MTV News, Beckerman has also written for the New York Times, the Atlantic, Wired, Playboy, Discover, Maxim, CBS Interactive, Mental Floss, the Daily Beast and other leading publications. He lives in Los Angeles with his wife and their cat and Netflix.