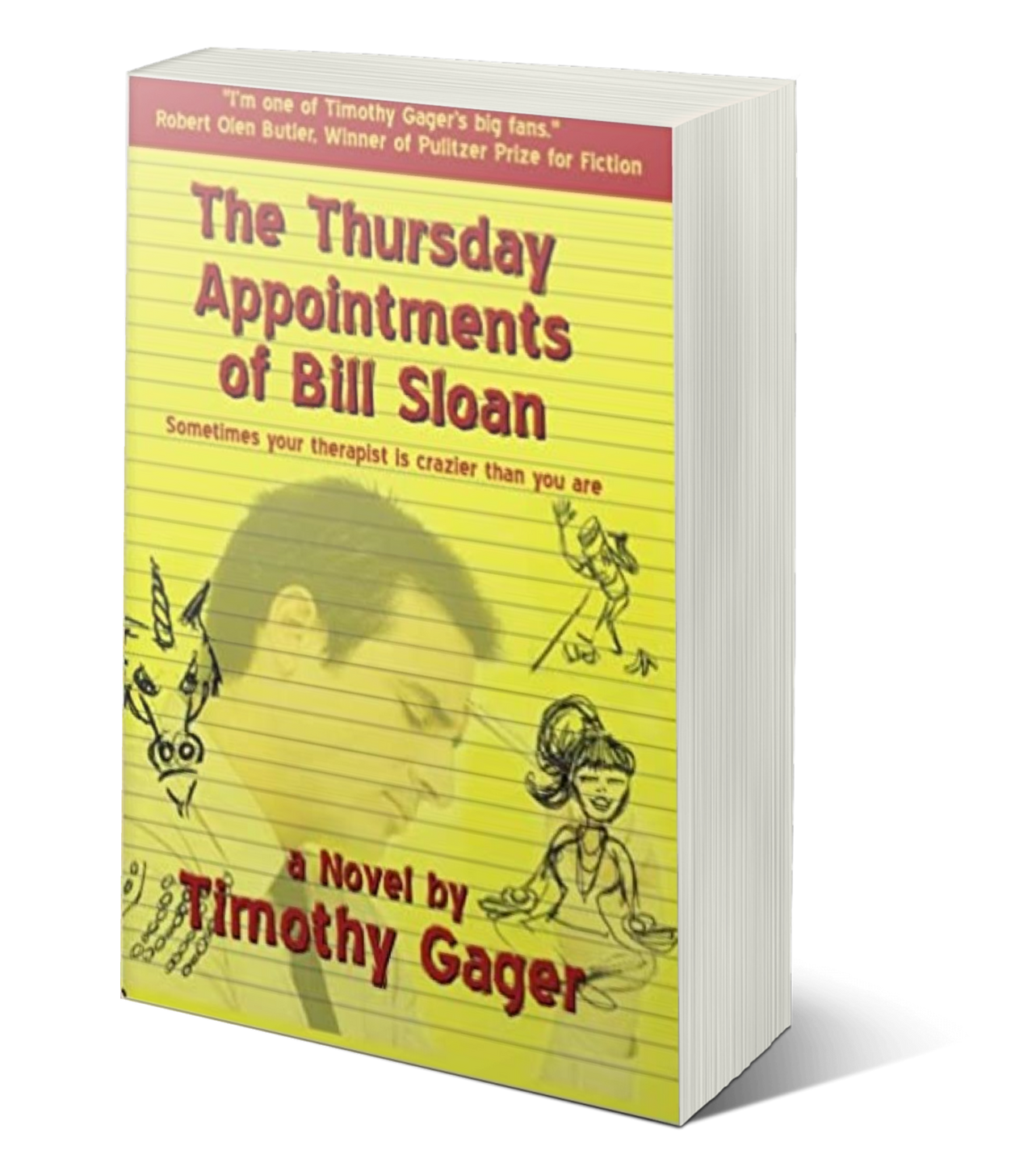 The Thursday Appointments of Bill Sloan

The Thursday Appointments of Bill Sloan is the darkly comedic story of a man whose job it is to help people but who, in reality, is inept, sarcastic, inflexible and stagnant. For Bill, each and every day represents something to get through. Bill's patients are seen in a serious yet humorous way throughout the book.

The novel opens at the funeral of one of his patients, Gary, with whom he had very little therapeutic involvement. At the funeral, you meet Hanna, a beautiful young woman and the mother of Gary's child. Hanna had left Gary months before his death and is in a lost state. After Gary's death, she breaks things off with her current boyfriend and begins to serial date—which includes an unhealthy relationship with her new therapist, Bill Sloan.

Each chapter begins with Bill Sloan's work notes about each person he treats told in Bill's distorted point of view. He dreams of becoming famous—the next Dr. Phil—so that he can leave his job and go on to better things. You meet all his patients outside of Bill's twisted notes in glimpses of their lives and backgrounds. There's Kate Hummingbird Warrior, a Reiki spiritual healer who starts to attract and to hi-jack Bill's caseload. She is seen as a bit of a kook, but her positive, simple and often naïve spirit is very contagious. Kate's past issues are often under the surface—overcoming childhood sexual abuse and mental illnesses in her young adult life only to find herself, after a lot of self-actualization work, in a more simple, tranquil and spiritual way. Bill even wonders why Kate sees him.

Bill Sloan's 10 am client, Thomas, is a man with anger issues who enjoys clashing with Bill. Thomas has been ordered into therapy and at times, it appears that his issues will never improve. At a therapy session, he and Bill finally trade blows which causes Bill to be suspended.

Stella is Bill's ex-wife who lies about her identity in order to be seen by Bill in his office. Stella hopes to have conversations with him to resolve their old and current issues. The created identity (Pearl) and her real-life identity end up merging, which causes both personalities to thrive, birthing a Multiple Personality Disorder within her.

Bill's dream of becoming the next Dr. Phil is the focus of his interactions with one of his new patients, Grady, a producer of local network programming.

Finally, there's Ethan, Bill’s son, and a very likable nine-year-old with bipolar disorder who desperately wants to fit in. Ethan's mother also suffers from the same mental health issue and it is up to his father to balance all these factors.