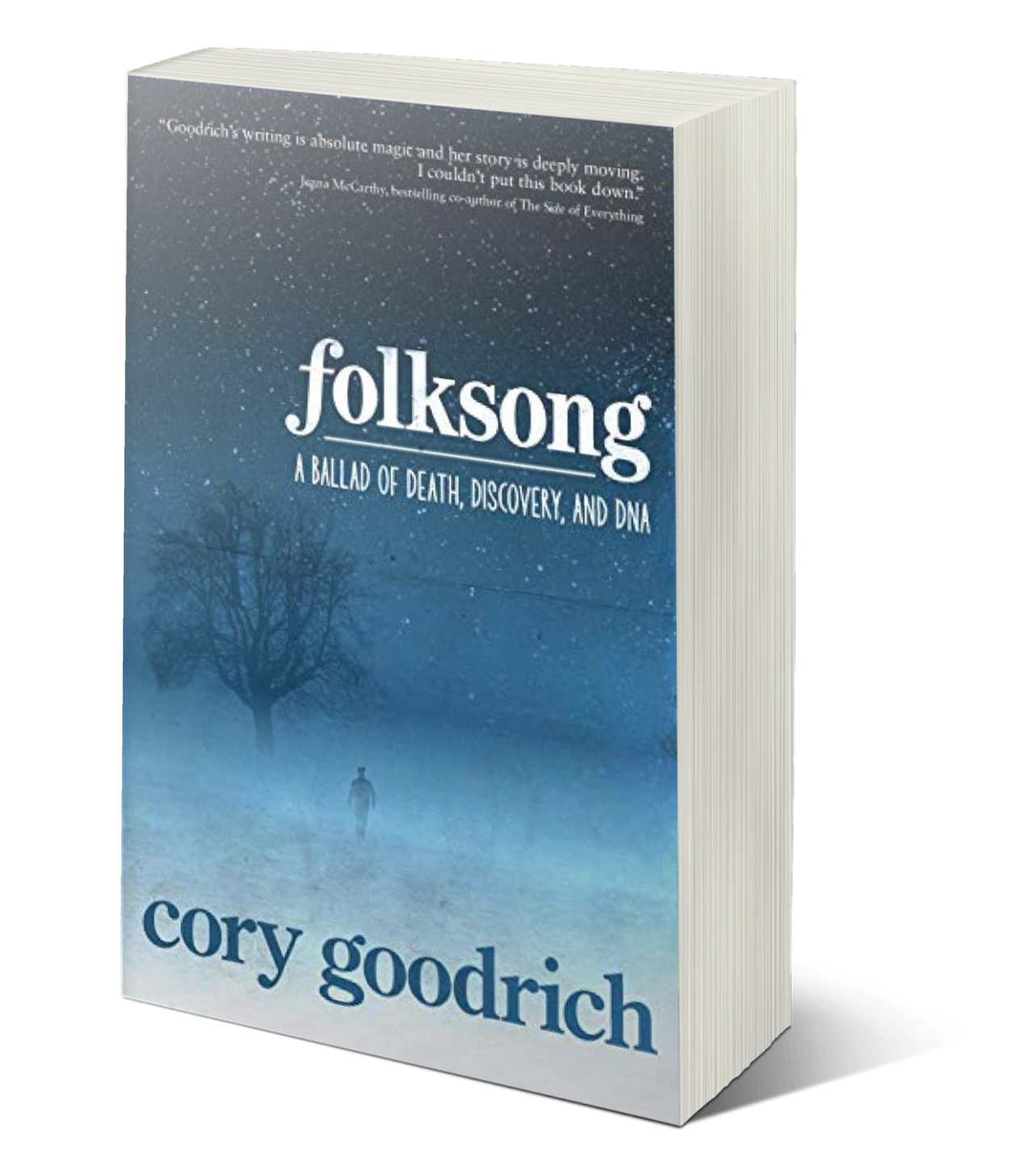 Folksong: A Ballad of Death, Discovery, and DNA, published by Finn-Phyllis Press. is at once a remarkable memoir of love and longing, an emotional ballad of grief and forgiveness, an ode to self-discovery, and a heart-stirring look at the lengths to which a family will go to protect themselves and each other.

Goodrich writes the story about the father who took her in, the father who took her away, the father who gave her away, and her 89-year-old mother, whose broken heart finally gave out while still protecting the secret to Goodrich’s identity. Sifting through the remnants of a life captured in letters and old Polaroids, Goodrich discovers a secret that sets her on a journey with life-altering consequences. In the era of Ancestry.com, DNA testing, and social media, Goodrich was able to gather together just enough pieces of a puzzle locked away for over 50 years to clearly make out the unfathomable image it depicted. Throughout the book, Goodrich reminds us that while things aren’t always what they seem, stunning fortitude and unexpected legacy can rise from the disorganized ashes of a toppled identity.

Born in Wilmington, Delaware and raised in Clarkston, Michigan, Cory Goodrich is a Jeff Award-winning actress for her roles as Mother in Drury Lane Oakbrook’s acclaimed production of Ragtime, and as June Carter Cash in the Johnny Cash revue, Ring of Fire, at Mercury Theater Chicago. A five-time Jeff nominee, Cory has performed in productions across the country and television. A graduate of Michigan State University, she is also a singer/songwriter, producer, writer, mother of two, and children's composer with two award-winning CDs, Hush and Wiggly Toes. She is a recording artist with original country album W.O.M.A.N. As the recipient of the 2015 Cohen-Grappel Recording Endowment, Cory produced Wildwood Flower,  a collection of traditional and original folk songs featuring the autoharp. Long Way Around, her latest experimental folk album produced with The Quiet Regret’s Ethan Deppe, is a musical narrative of her memoir, Folksong: A Ballad of Death, Discovery, and DNA.