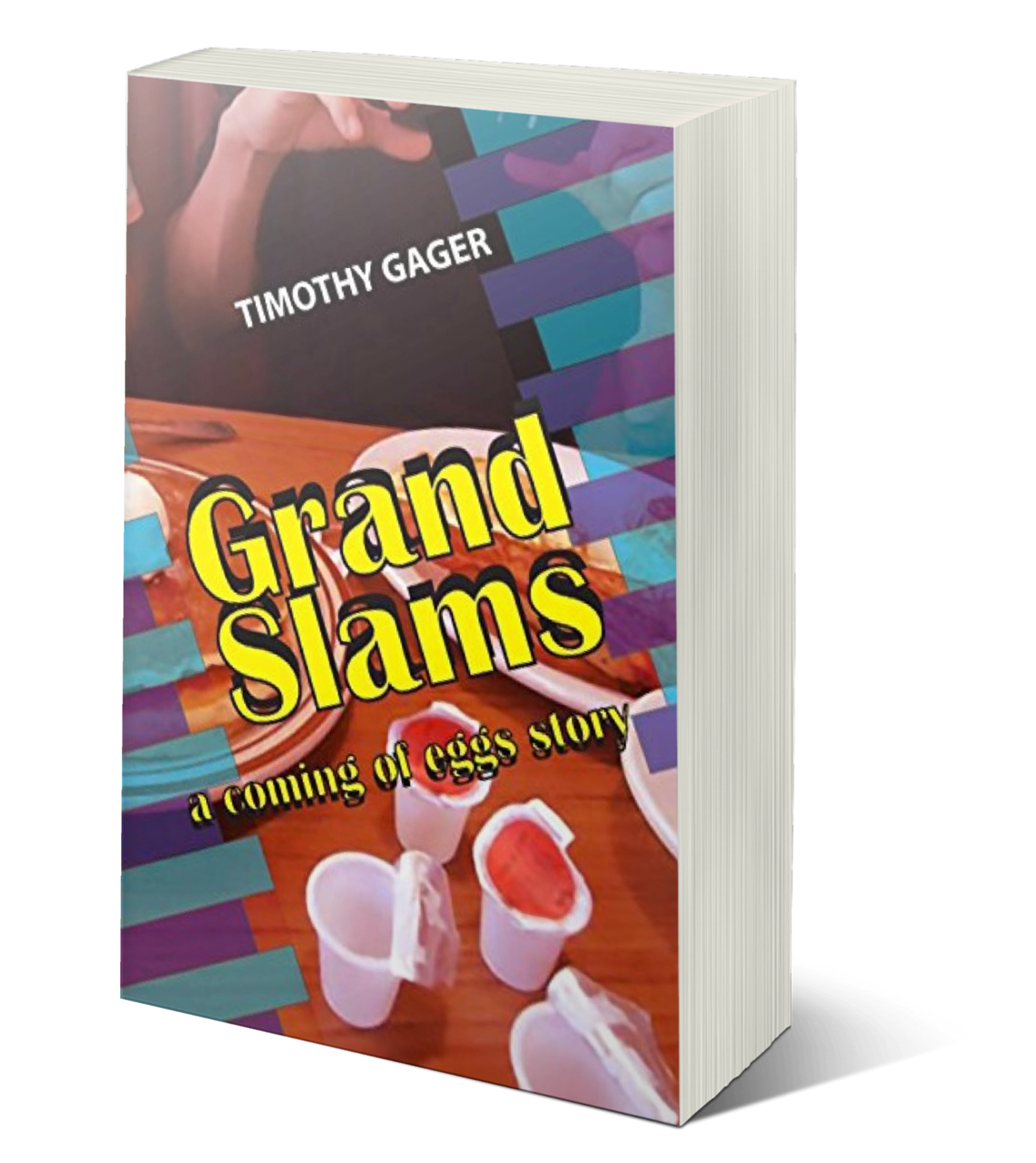 Based on the author’s true story, Grand Slam: A Coming of Eggs Story features a Holden Caulfield-like anti-hero protagonist named Woody Geyser. An ensemble of characters make up the staff and management at a chain diner, Grand Slams and their back stories and inner lives are deftly woven into the fast-paced narrative. Despite the often more bizarre and troubled manifestations of the other diner workers' lives, Woody is clearly the focal character.

Woody is a young almost-man who is emotionally distressed and unfocused.  He is in an emotional and social limbo a year post high school, and still living with his parents, yet he is focused enough to seek and find work over the summer break from college.

Sugar and Bobby, who are also Woody's age, are working their part-time diner gigs around college schedules, would-be college schedules and pre-career funks. It is unclear at times whether the trio has any clear plans. They do, however, have dreams and passions—the passions often misdirected.

Of the three, Woody is the most attuned to what is going on around him and very invested in how other people's lives are turning out, whereas Sugar and Bobby are just going through the motions, enduring their surroundings and coworkers.

One of these, Joe Keating, the manager of Grand Slams, is a drug-snorting, manipulative misogynist whose faltering career path has led him exactly to where he should be. The unlikeable Keating gets more of what he deserves as Geyser and Sugar form a union that improves their lives.