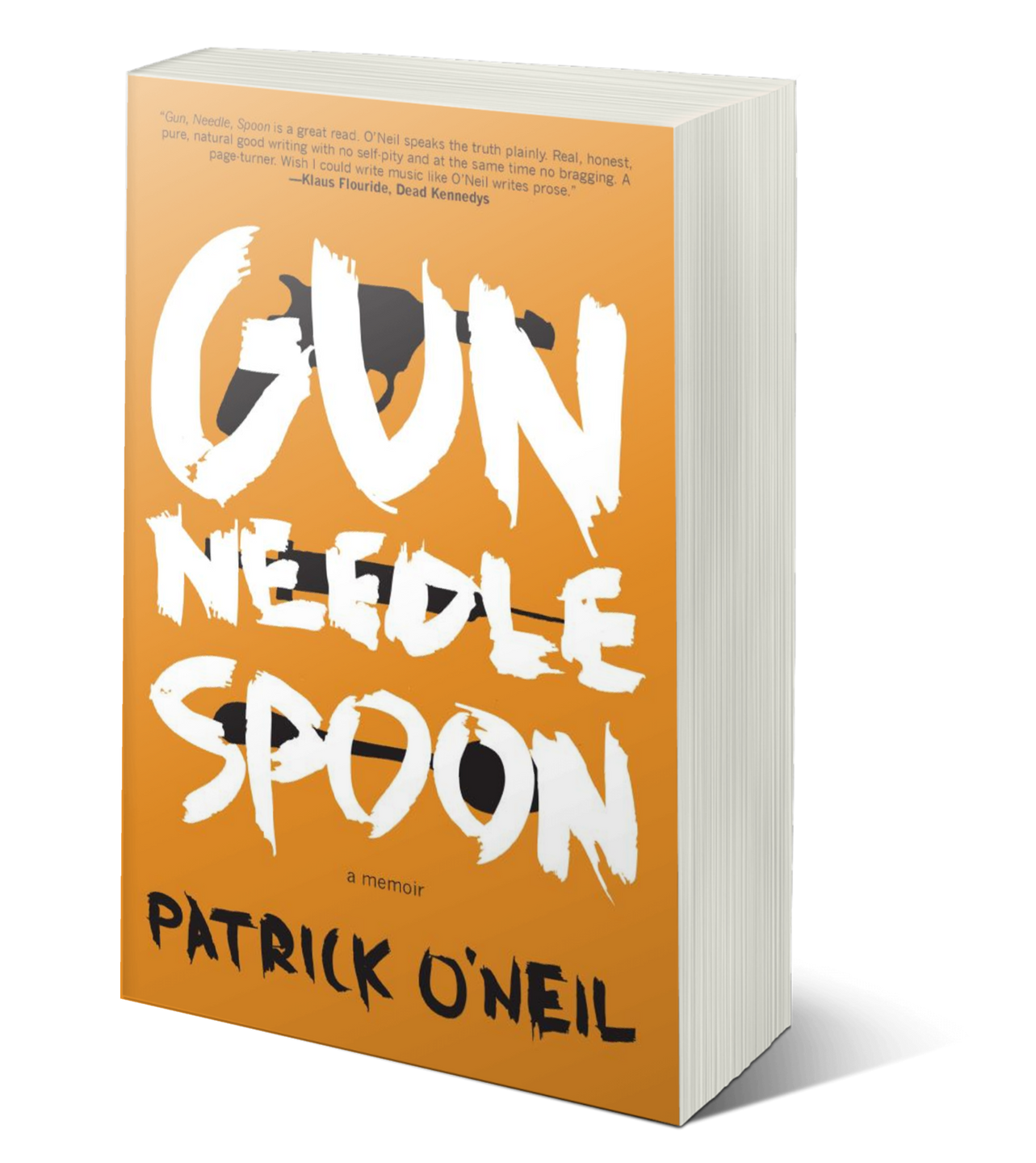 This memoir follows a punk rock pioneer on his slide into drug abuse and life as an armed robber, all the way through life in recovery and what it's like to look back on those times, knowing all the while that he is still under the threat of three strikes, a 25-to-life prison sentence waiting. He has no choice but to deal with it all drug-free. Told in sparse prose, O’Neil chronicles every bad decision, death, robbery, and inebriated sex that one drug addict could possibly live through. A noir tale of destitution and redemption, crime, punishment, rebirth, and living to tell the tale. It's Permanent Midnight meets Michael Mann’s Heat.

Patrick O'Neil is a former junkie bank robber and the author of the memoirs Anarchy At The Circle K (Punk Hostage Press) and Gun, Needle, Spoon (Dzanc Books). He is the co-author of two instructional writing manuals, The Sentences That Create Us: Crafting A Writer’s Life in Prison (Haymarket Books) for PEN America's Prison and Justice Writing Program and Writing Your Way to Recovery: How Stories Can Save Our Lives (Independent Press). In the early ‘80’s he was a roadie and/or road manager for the Dead Kennedys, Flipper, T.S.O.L. and Subhumans. He worked stage for the Mabuhay Gardens, the On Broadway and Goldenvoice. And he was fired from the first Lollapalooza tour for being “too loaded.” After years of heroin addiction, he turned to crime to support his habit, got busted, and was convicted of two counts of armed robbery. Getting clean off drugs in 2001, he started working as a drug and alcohol counselor. In 2015 the State of California granted him a Certificate of Rehabilitation. In 2016 California Governor Edmund G. Brown awarded him a Governor’s Pardon. O’Neil holds an MFA in creative writing from Antioch University Los Angeles. He has taught writing workshops in numerous correctional facilities, universities, and institutions and continues to work for prison reform.