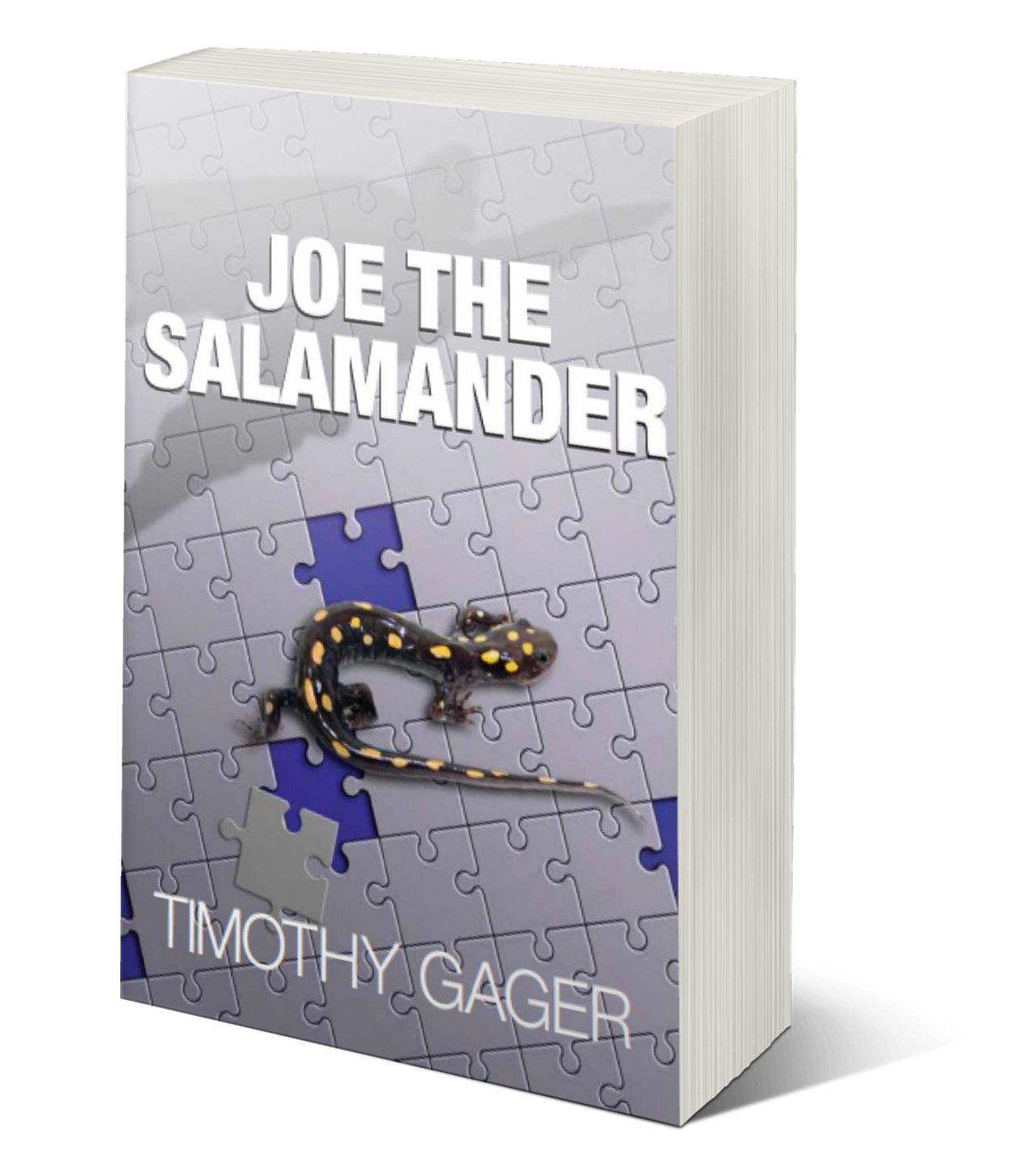 Joe The Salamander follows Joe, a man with neurodiversity, from birth through age 35. Joe avoids conflict by saying only the word "Yes" to everyone except his mother, Mille, who he trusts unconditionally. The other woman in his life, Laura—his nurse on-duty at the time of his birth—becomes a life-long friend to him and his entire family.

Joe, overwhelmed by loud or “busy” environments, gets through life by wearing various costumes but identifies with Superman, in his various television/movie forms, as his protector. As Joe gets older, he finds comfort by wearing Superman costumes under his regular clothing. It is only after his parents die tragically on 9/11 that Joe stops feeling safe using the Superman strategy, realizing that even Superman couldn't have prevented this occurrence.

Throughout the novel, Joe's inability to successfully interpret life's sights and sounds, combined with his singular word language use, causes him to be placed in situations which work out in ways he never intended. The book takes the reader from infancy through school years, with a large focus on the difficult middle and high school social challenges. And after his mother’s death, Joe is left to figure out the world on his own.

As he hits his mid-30s, and entirely by the desperation surrounding his self-imprisoned life, he goes to the local costume shop to buy the bigger and better Superman costume he had admired for years to help him re-enter society using this old coping mechanism.

Joe The Salamander takes a sensitive and human look at what it is like when all senses taken in from the world are challenging, and also how misunderstood but loved people like Joe are in society.