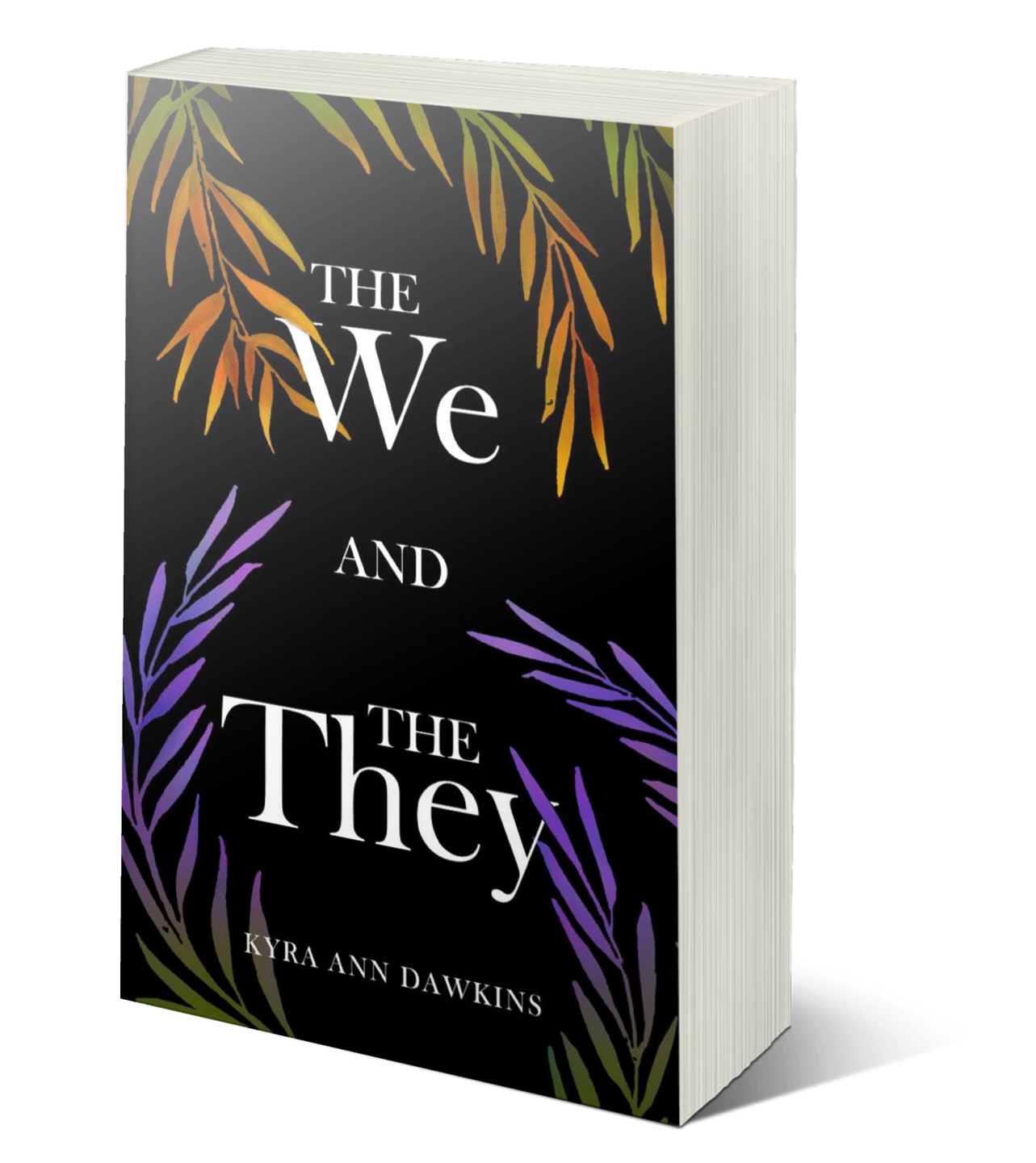 The We and the They

“Our collective genesis guides our heartbeat as We run.”

With nature reclaiming cities and mountainous tides drowning islands, a group of individuals—known collectively as the We—find themselves ravaged by hunger and struggling to survive. When another community—the They—promise them luxurious meals, the We are unable to decline. After following the They to their farm, the We begin to notice some mysterious habits: odd sacrifices, talk of flames and a strange book. Follow along as the We uncover the truth behind the secretive group and learn the most important part of being human. The We and the They is a novel set in a world crumbling underneath the grip of the Great Famine. You will enjoy this book if you are fascinated by oral tradition, you like considering questions about community and identity or you just want a break from curating your “I.”

The We and the They has received multiple awards, including the first place Firebird Book Award in the Dystopian, Speculative Fiction, and Magical Realism categories, as well as being the inaugural Golden Boar Science Fiction/Fantasy Book of the Year.

Inspired by the stories her grandfather told her, Kyra Ann Dawkins is no stranger to writing. Having published in many papers, she graduated with the highest honors from Phillips Exeter Academy and from Columbia University in the City of New York where she majored in Medicine, Literature and Society. After graduating, she noticed an intense pressure to construct her identity. A champion of oral tradition, she wrote her debut book, The We and the They, to create a narrative space where readers could escape the limits of individuality and experience a story as a member of a new collective. Kyra enjoys The Twilight Zone and is a huge Mickey Mouse fan. When she isn’t visiting museums in New York City, you can often find her annoying her younger siblings.
orn in Wilmington, Delaware and raised in Clarkston, Michigan, Cory Goodrich is a Jeff Award-winning actress for her roles as Mother in Drury Lane Oakbrook’s acclaimed production of Ragtime, and as June Carter Cash in the Johnny Cash revue, Ring of Fire, at Mercury Theater Chicago. A five-time Jeff nominee, Cory has performed in productions across the country and television. A graduate of Michigan State University, she is also a singer/songwriter, producer, writer, mother of two, and children's composer with two award-winning CDs, Hush and Wiggly Toes. She is a recording artist with original country album W.O.M.A.N. As the recipient of the 2015 Cohen-Grappel Recording Endowment, Cory produced Wildwood Flower,  a collection of traditional and original folk songs featuring the autoharp. Long Way Around, her latest experimental folk album produced with The Quiet Regret’s Ethan Deppe, is a musical narrative of her memoir, Folksong: A Ballad of Death, Discovery, and DNA.