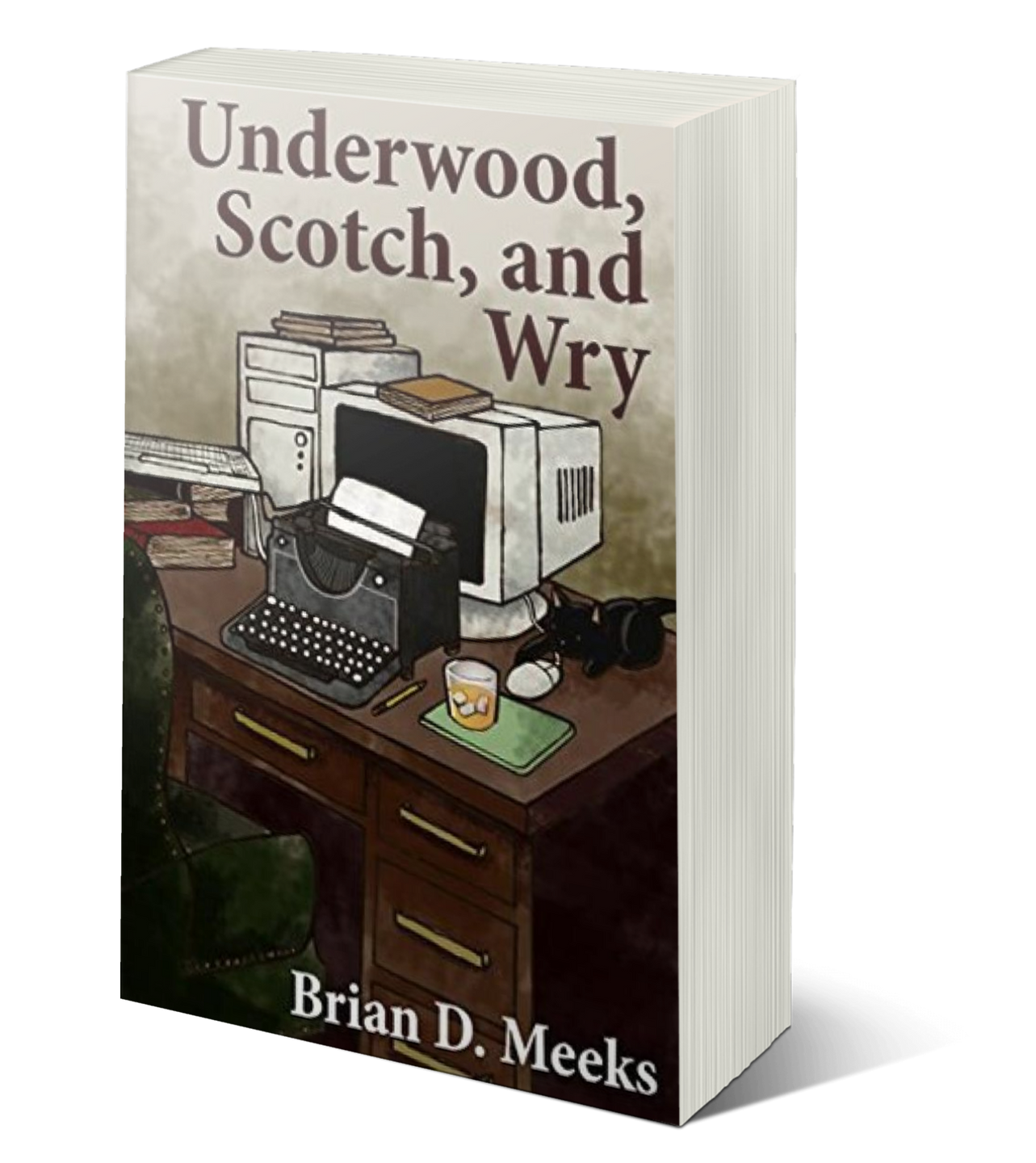 Not Every Hero is Heroic

Arthur Byrne is a lot of things…bitter, ambivalent, angst-ridden, snarky, and more than anything…he’s a writer who can’t write anymore. So, naturally, he became a professor.

A life in academia has allowed Arthur to hone his drinking skills, spend time with age-inappropriate teaching assistants, and avoid the demons that silenced his Underwood many years before.

He might describe himself as an anti-hero, if he weren’t so against the term.

Underwood, Scotch, and Wry is a satirical look at social media and modern technology through the eyes of a Luddite college professor whose days at Beckerston College are numbered.

The Dean wants him gone.

The President wants him gone.

Arthur wants to be left alone.

Can a group of Teaching Assistants led by Wen Hu, a 28-year-old suffering from unbridled optimism, save Arthur from dismissal…and himself?

Brian D. Meeks is an author who writes under his name and the pen name Arthur Byrne.

He discovered a knack for weaving tales quite by accident on Jan 2, 2010, and has been writing every day since. Becoming a novelist has changed his life.

As of September, 2015, Brian had written and published 11 novels and one non-fiction title.

His first novels were the books in the Henry Wood Detective series. After that, he wrote a thriller called A Touch to Die For and a YA titled Secret Doors: The Challenge. During this time he also maintained the blog that started it all, ExtremelyAverage.com.

One reader of the blog asked why he hadn't written anything more snarky, since there were often piles of snark in his blagh posts. Brian didn't have a good answer and so Arthur Byrne was born.

Arthur Byrne started out as the protagonist in Brian's first satire, Underwood, Scotch, and Wry. He became a pen name with the release of Killing Hemingway and later wrote the first trilogy in a new science fiction series, The Magellan Apocalypse. Arthur also writes a lot of the snarky newsletters because Brian just can't be bothered with such things.

Brian lives in a small town in Iowa, plays tennis and golf, and loves gathering data about his books. He's a data junkie. He is also a huge fan of guinea pigs.